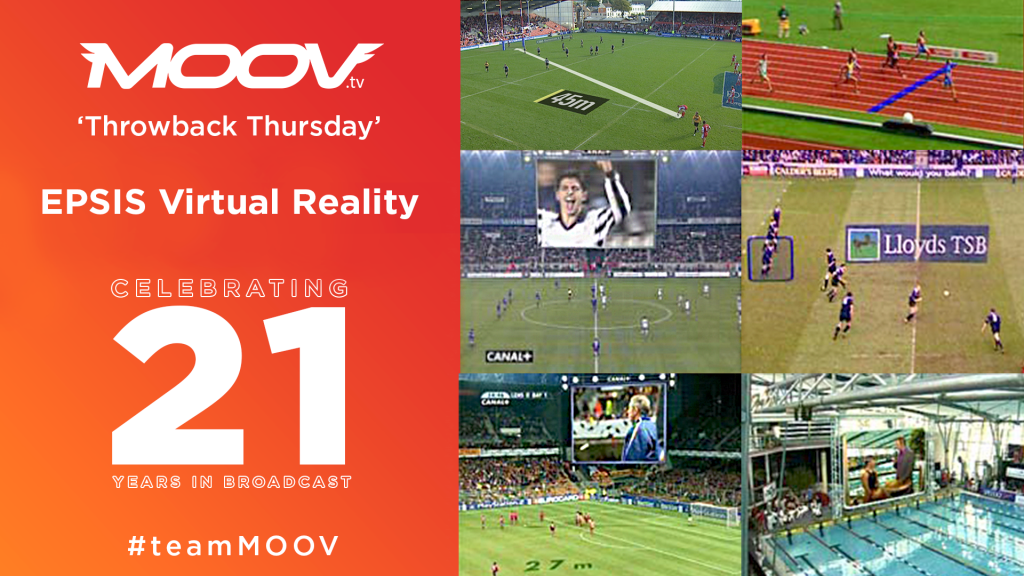 It was way back in February 2001 that MOOV first started their work with Augmented Reality, when BBC Sport asked us to manage their newly purchased EPSIS systems.  At the time EPSIS was cutting edge, using a Silicon Graphics Octane renderer and ‘military tracking technology’.

The two systems were permanently rigged in a couple of Mercedes Sprinter vans, looked after by BBC Resources, and driven up and down the length of the UK, and further afield, to work on a wide range of sports.

Each system was equipped to work on two cameras, using calibrated lenses and Vinten heads.  The video management was handled by a Thomson Mixer, which also providing the keying functionality, and the system also boasted a VIM – Video Insertion Module – for virtual videowalls / Jumbotrons.

Over the six years or so that we used EPSIS, we were fortunate to cover a wide range of sports and events, from providing concentric circles on the World Indoor Bowls Championships to the first ever use of a virtual world record line during the Athens Olympics in 2004.

Other sports included Horse Racing, Athletics, Football and Tennis but probably the most ingenious use of the system came at Murrayfield on April Fool’s Day, when we were asked to superimpose a giant Saltire on the entire pitch, with just one small corner left ‘unpainted’.  During the build-up on ‘Grandstand’ they cut to a shot of the groundsman with a bucket of paint and large brush finishing off the last corner, before the Auld Enemy arrived for the Calcutta Rugby match.

Around this time BBC Broadcast, as they were then, started to develop their own system, called Piero.  We worked closely with the development team to help them turn the R&D project into a working system that could be used on OBs – we vividly recall the first outing of Piero to a cold Northampton Saints ground in February, where the Development team were first introduced to tea from a polystyrene cup.

We now use virtual & augmented reality on many, many major sport productions and we are proud to have helped pioneer the technology along the way.