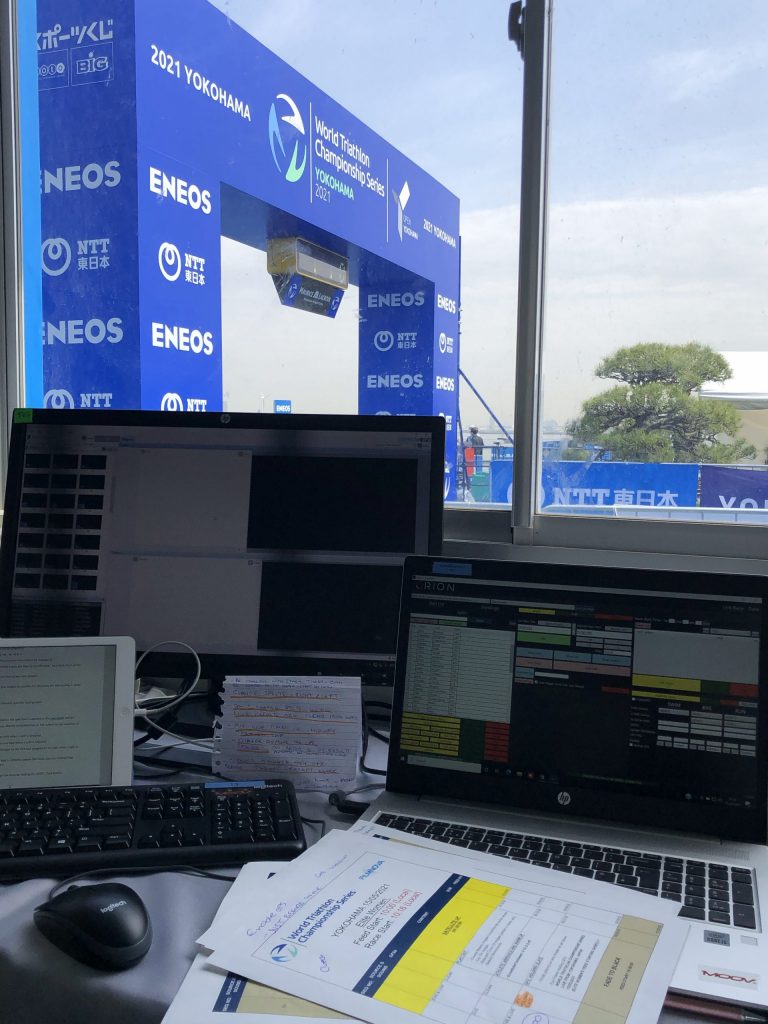 Behind the scenes at the recent Triathlon World Series in Yokohama

That it is an Olympic year created particular interest as up until 14th June, is the Olympic qualifying period, so all the top competitors turned out.

For MOOV the preparations for the event started a month earlier, when World Triathlon announced they had signed with FilmNova and MOOV to enhance its live coverage and deliver even more entertainment for the new season.

With Covid-19 restrictions in place across the world, the first major challenge was to get the team and equipment safely out to Yokohama.

MOOV’s James Ferdinand, who went out to Yokohama with the three-strong MOOV graphics operator team, explains what they did.

“The trip was a challenge mainly because of the pandemic. The three of us had to adhere to strict protocols put in place by the Japanese government and take extra care getting out to Japan. There was also the worry of all our kit arriving on time in Yokohama and safely.

After the 26-hour journey, we landed in Tokyo on the Tuesday and got the 90-minute coach to Yokohama. There were a few Japanese wearing Tokyo 2020 baseball hats, but in Tokyo there is still some skepticism about the Olympics happening in July, as the lockdown is still very much in place.

The hotel we stayed at for six days were not surprisingly very safety conscious and ensured we did not venture out into Yokohama. We had to set-up in our cabin by the finishing line and overcome some of the language barriers and technical challenges, like using different power outlets, working in a small space and doing so with limited time to prepare – as the race was on the Saturday.”

Interfacing with local timing partner NEO and Hungarian consultants Evochip, MOOV leveraged the power of their graphics interface, Orion, to deliver a slick new graphics look.  The graphics, designed in-house by MOOV, were played out on the Chyron Prime engine, which included a live event map using GPS tracking data from German partners Racemap.  This was a truly international effort, typifying the global nature of this sport as we build up to the Olympic Games.

Ferdinand continues, “The race day itself went well, despite some initial problems with the time data coming in, but again we adapted to the situation and the race was a success. After delivering the podium graphics, we de-rigged and headed back to the hotel. In no time, we were back on the plane to London and quarantining. It was a great experience, and it was fantastic to work with our clients and partners for the first time.”

MOOV are now looking forward to the next Triathlon in the World Series which will be in Leeds in the UK, before heading to Canada later in the year. 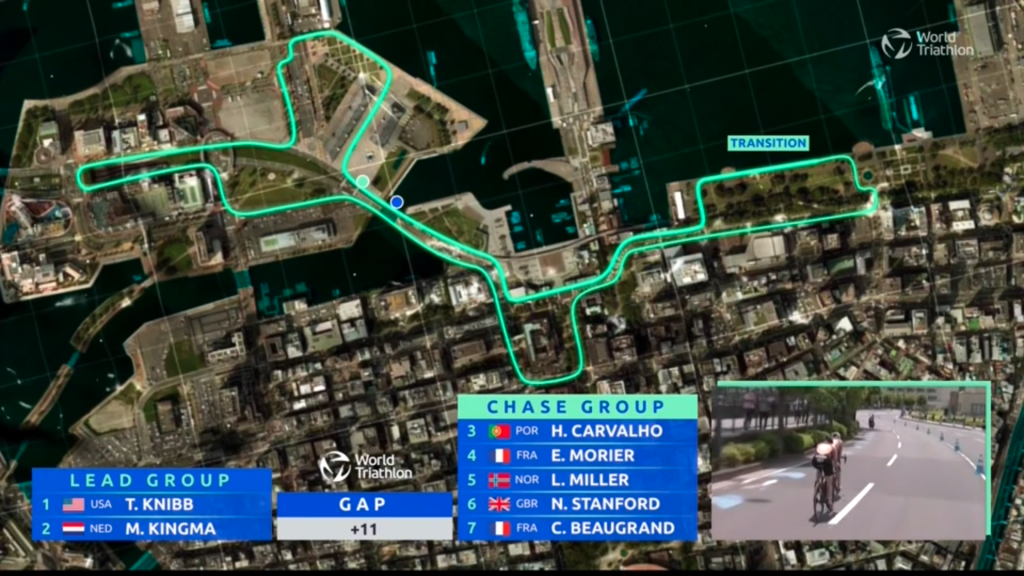